Here’s the essence of a conversation I had recently with a colleague:

Colleague: Did you notice that the “Acme Anvil Company” had three different departments doing planning and scheduling? (I changed its name for privacy.)

Me:  Yes! They had a planning department that supported their sales people by supplying promise dates for new orders. They used an aggregated capacity model to predict those dates;and they had a different shop floor scheduling group that built the production schedule they actually used.

Colleague: There was a third group that did facility and equipment planning. They used sales forecasts to build a timeline that specified when and where they would need new facilities and equipment.

Me: I think there were at least five people in each of these groups. They should take a look at the blog I wrote on multi-layer scheduling (see this posting). If there are 15 people doing scheduling at $100K per person, that’s about $1.5 million spent on scheduling each year! That’s ridiculous.

Colleague: I think that with a good scheduling application, the work of the five people in each group could be reduced to needing only two. What do you think?

Me: We’d have to take a closer look, but based on previous examples, that seems reasonable to me. In that case, Acme would need only six planners instead of 15.

Colleague: That saves about $900K per year. Not small change is it?

Me: What if they read my blog and decided to merge the three groups by using the same planning and scheduling application with a shared database? I think they would reduce their administrative costs by a substantial amount just by changing their organization chart.

Colleague: And the coordination of these three timelines would be much better. Lots less back-and-forth revisions!

Me: Let’s see… six people at $100K, plus a 20 percent savings in administrative costs… that’s about $480K in planning and scheduling costs compared to the $1.5 million they are spending now. That’s more than $1 million in savings, right?

Colleague: Don’t forget that there are other savings that you get from better utilization of the production resources. We know that good utilization of scarce and expensive resources might save them 2-5% in addition to their labor savings. Who knows what that number is?

Me: What if they could reduce the cost of an anvil–and by doing that capture a greater market share?

Colleague: Wow, that’s a thought! There is a pretty big multiplier on the savings, isn’t there?

Me: Absolutely! It really hits more than just the scheduling department(s) if done right. Let’s see if we can help out the Acme Anvil Company. I’ll bet they would like to put pencil to paper using their real numbers. 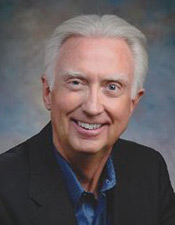